Gerald Wayne Martin, 68, of Crab Orchard, passed away Friday, September 21st, at his home. Wayne was born in Dayton, Ohio on December 25, 1949. He was the son of the late Robert "Bobby" and Betty Jane (Fletcher) Martin. Wayne had retired in March of 2000 after working 28 years at Okonite Cable Company. He was a member of Ephesus Baptist Church.

Memorial Contributions can be made to Heritage Hospice at P.O. Box 1213
Danville, Kentucky 40423 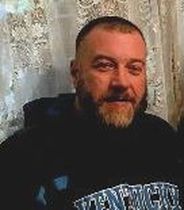 Stephen Dwight Rison, age 48, of Rison Circle in Irvine passed away Wednesday, June 20, 2018, as the result of an automobile accident.  He was born February 27, 1970 in Estill County and was the son of Mary Stella Horn Rison and the late Dwight Rison.  He was an employee of Okonite and a member of the Mt. Carmel Christian Church.  He had lived in Estill Co. all his life.

Survivors in addition to his mother include:
Several aunts and uncles and a host of cousins and friends 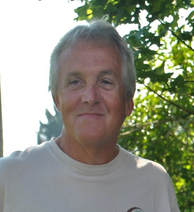 Raymond Paul Burdette, age 59, passed away Saturday, April 28th, 2018. He was born on January 3rd, 1959 in Berea, KY to Elmer and the late Edith Burdette. He was an employee of the Okonite Cable Co. having been employed there for 40 years. He was a member of Brodhead Lions Club.  Raymond found great joy in Nascar, camping, drag strip racing and puzzles.

Raymond had been President of IBEW Local 2356 in Richmond, KY, where he had 39 years and 11 months of membership.

Raymond was preceded in death by his mother, Edith Burdette.

Visitation for Raymond Paul Burdette will be Thursday, May 3rd, 2018 from 6-9 P.M. at the Marvin E. Owens Home for Funerals.

Funeral Services for Raymond Paul Burdette will be conducted at 2PM on Friday, May 4th, 2018 at the Marvin E. Owens Home for Funerals Chapel with Bro. Gary Parker officiating. 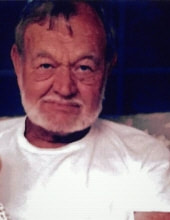 James is survived by his wife, Shirley (Muncy) Huff of McKee; by a daughter, Rhonda (Jack) Peters of Tyner, by a son, Randall (Vickie Rose) Huff of Gray Hawk and by a son in law, Fred Lainhart of McKee. He was blessed with six grandchildren and seven great grandchildren.

In addition to his parents, James was also preceded in death by his daughter, Debra Lainhart; two sisters, Nell Chappell and Faye Liani and by three brothers, Ned Huff, Lloyd Huff and Kellis Huff. 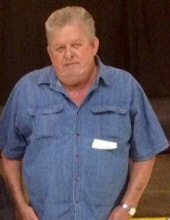 Leroy Cunnigan better known to some as Butch was born June 1, 1947 in London, KY and departed this life Sunday, March 11, 2018 at the Baptist Health Hospital in Richmond, KY, being 70 years of age. He was the son of the late Dewey & Nola (Stewart) Cunnigan.
Leroy is survived by his wife Lorena (Murphy) Cunnigan; by one daughter, Tammy Starcher and her husband John all of Sand Gap. He is also survived by a brother, Raymond Fredrick Cunnigan of Sand Gap and by two sisters, Rachel Reed of Chicago, Illinois and Hazel Ruth Cunnigan of Hamilton, OH. Leroy was blessed with two grandsons, Brandon Clemons and his wife Ann and Jonathon Starcher and by a great grandson, Richard Clemons all of Sand Gap.

In addition to his parents, Leroy was also preceded in death by a son, Wally Riley and by a brother, Tommy Cunnigan.