Leroy Adams was born May 11, 1946 in Jackson County and departed this life Monday, November 28, 2016 at the St. Joseph Hospital in Berea, being 70 years of age. He was the son of the late Earnest & Mildred (Leger) Adams.
Leroy is survived by his wife, Bessie (Malicote) Adams and by two children, Tim Adams and his wife Beverly of McKee and Suzanna France and her husband Larry of Manchester. He is also survived by a brother, Boyd Adams and his wife Rita of Berea and by a sister, Susan Isaacs and her husband Kenny of McKee. Leroy was blessed with four grandchildren, Aaron & Luke Adams and Jonah & Nate Taylor and a step grandson, Zach Taylor.

In addition to his parents, Leroy was also preceded in death by three siblings, Louise Horn, Arthur Adams and James Adams.
Leroy was a member of the McKee Reformed Church.

Lakes Funeral Home was in charge of arrangements. www.lakesfuneralhomemckee.com 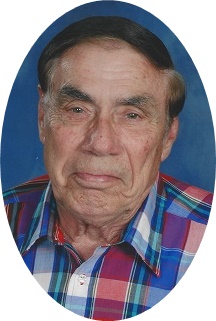 He was born on April 19, 1937 in Rockcastle County, a son of the late Charlie and Monte Weaver Payne. Phillip retired from Okonite Cable Company in Richmond, KY., was a Korean-Airman First Class, attended Brodhead Baptist Church, was a member of the Hardees Coffee Club. He found great enjoyment in fishing, mechanics, yard work, and flea market and yard sales.

Phillip was married to Ravenna Owens Payne who preceded him in death on March 20, 2006, after 45 years of marriage.

Besides his parents, and wife he was preceded in death by three brothers: Floyd, Charles and James Kenneth Payne.

Visitation for Phillip Payne will be Tuesday, November 22, 2016 from 10AM until funeral time at 1PM at the Marvin E. Owens Home for Funerals with Bro. Randal Adams officiating. Burial will follow in Providence Cemetery.

Condolences  to the family may be made at www.marvineowensfuneralhome.com

Dennis Rice, 85, of Richmond passed away Wednesday, August 24, 2016, at Baptist Health - Lexington after a brief illness.

Mr. Rice was born on May 15, 1931, in Madison County, Kentucky and grew up in Estill County. He was the son of the late Charlie Clay Rice and Allie Miller Rice. Mr. Rice was a graduate of Estill County High School. He retired from the Okonite Cable Company in 1997 after 27 years of service. He was a member of Clarksville Baptist Church but attended Pilot Knob Missionary Baptist Church.

On November 1, 1951, Mr. Rice enlisted in the United States Marine Corp. After an honorable discharge in October 1953, he continued his service in the inactive reserves for 6 years. Mr. Rice was a charter member and remained very active in the Marine Corp League, Bluegrass Detachment 1012, where he proudly served with the Honor Guard. He was a Kentucky Colonel and also a 60-year member of the O.D. Henderson #437 Masonic Lodge.

Funeral services for Mr. Rice will be conducted at 11am, Monday, August 29, 2016, at Oldham, Roberts and Powell Funeral Home with Bro. Greg Lakes officiating. Burial will follow in Madison Memorial Garden. 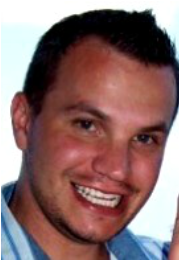 Tim Robertson, age 32, of Paint Lick in Garrard County, passed away Friday, April 15, 2016 at Baptist Health in Lexington following a brief illness.  Born Sunday, April 24, 1983 in Danville, he was the son of Bud & CeeCe Robertson of Richmond.  His loving wife, whom he married June 3, 2006 is Amy Taylor Robertson of Paint Lick.  Tim worked at Okonite Cable in Richmond and attended Ashland in Madison County Baptist Church.  Tim will be remembered for being a loving husband and wonderful father.  Tim loved to play golf and was honored to be an organ donor following his passing.

In lieu of flowers, memorial contributions suggested to Tim’s children. 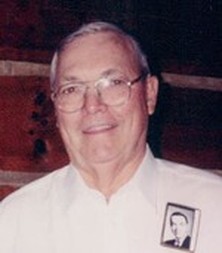 Bobby Combs, 80, of Berea, KY, husband of Jean Combs, passed away February 20, 2016 at Baptist Health in Richmond. Bobby was born in Garrard County to Marcus and Leona Semonis Combs. He was master electrician, member of the electrical workers union, I.B.E.W., a 42 year employee of the Okonite Company, a KY Colonel and a member of the WestSide Baptist Church.

Visitation will be Wednesday, February 24 from 6 to 9 p.m.

Lakes Funeral Home in charge of arrangements. Condolences may be made at www.lakesfuneralhome.com

Carlie Craig Amburgey age 73, died Monday Feb 1, 2016 in Lexington, KY. Carlie was born in Perry County Kentucky to the late Gernie and Nora Combs Amburgey; he was retired from the Okonite Cable Company and a veteran of the US Navy. Carlie was also preceded in death by his wife Darliss Amburgey.

No funeral services are scheduled at this time. Lakes Funeral Home is in charge of arrangements.