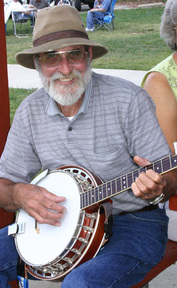 John Vernon Lakes was born September 28, 1948 in Jackson County and departed this life Monday, December 16, 2013 at his residence, being 65 years of age. He was the son of the late Leonard & Pearl (Nunn) Lakes.

John will be sadly missed by family and friends.

Gordon McQuerry, 64, of Gaffney Road in Lancaster died Monday, August 5, 2013 at his home. He is survived by his wife, Hope McQuerry. Gordon was born in Garrard County to the late Glenmore and Christine Manuel McQuerry. He retired from the Okonite Corporation after 34 years and was a member of Good Hope Baptist Church.

Funeral Services will be Friday, August 9th at 11:00 AM at Spurlin Funeral Home Chapel with Reverend Michael Hatter officiating. Visitation will be 5-9 PM Thursday August 8th. Burial will be in Manse Cemetery. 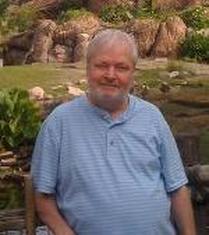 James was born April 18, 1952, in Madison Co., the son of May “Buck” and Katherine Conner Hampton. He retired from Okonite Cable Co. after 30 years of service. James graduated from Madison Central High School in the class of 1970. He loved his dogs and enjoyed fishing.

Visitation will be 5-9 PM Wednesday, at Combs, Parsons & Collins.

Dellno Woosley, 77, passed away on March 4, 2013 at the Hospice Compassionate Care Center in Richmond.

Dellno was born on December 30, 1935 in Estill County, Kentucky, to Russell and Flora Trimble Woosley, both of whom preceded him in death. He was a retired toolmaker for Okonite Cable and attended Liberty Chapel Church. Dellno loved his grandchildren, fishing, and playing music.

In addition to his parents, Dellno was preceded in death by two sisters, Sue Mills and Joann Hall.

Funeral services for Dellno Woosley will be held at 1:00 p.m. on Friday, March 8, 2013 at Oldham, Roberts & Powell Funeral Home with Bro. Forrest Turpin officiating. Burial will follow in the Madison County Memorial Gardens.

Condolences may be expressed at www.orpfh.com