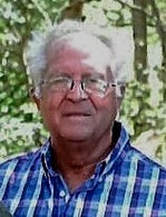 Jimmy McGuire age 73, husband of Kathy Elaine Lamb McGuire, died Wednesday Dec 13, 2017 at his home. Jimmy was retired from Okonite Cable Company in 2005 and he was a proud member of the IBEW local 2356. Jimmy was also a member of the Crestview Holy Sanctuary Pentecostal Church. Jimmy was born in Coffee County Georgia to the late James McGuire and Pauline Bagley Geiger.

Visitation will be Saturday after 5 pm at the Crestview Holy Sanctuary.

Born September 26, 1947, in Mansfield, Ohio, to Robert and Ima Jean Pritchett Hart, both of whom preceded him in death. Don was a retired Okonite employee and of the Protestant faith. He was known as “The Quilt Guy”, as he had painted the quilts that cover many Madison County barns.

A celebration of life for Don will be held at 2:00 PM Sunday, October 15, 2017 at Oldham, Roberts & Powell Funeral Home, with Jimmy Marcum presiding.
Visitation will be from 1:00 PM until service time on Sunday at the funeral home.

Burial will be in the Hobbs Cemetery at Big Stone Gap, Virginia. 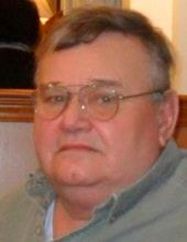 Isaac Vernon Adkins was born June 12, 1945 in Jackson County and departed this life Sunday, August 27, 2017 at U.K. Medical Center in Lexington, being 72 years of age. He was the son of the late Herman & Aimee Adkins.

In addition to his parents, Isaac was also preceded in death by his wife, Brenda (Johnson) Adkins and by two brothers, Wayne Adkins and Alson Adkins. 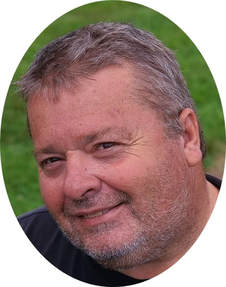 Jeff A. Carr, 58 of Brodhead, passed away Thursday, June 1st, 2017 at the Rockcastle Hospital. He was born on December 20th, 1958, in Springfield, Illinois to Rev. Charles Franklin & Faye (Jenkins) Carr. He worked at Okonite Cable Company in Richmond, KY. Jeff was a member of the Church of God and enjoyed riding his motorcycle, fishing, buying & trading guns, and spending time with his grandbabies. Jeff was also a member of the Patriot Guard Rider Club.

Besides his father, Rev. Charles Franklin Carr, Jeff was preceded in death by his sister Felicia Carr.

Visitation for Jeff will be held from 11am-2pm with funeral services following at 2pm on Sunday, June 4th, 2017 at the Marvin E. Owens Home for Funerals with Bro. Gary Parker officiating. Burial will follow in Piney Grove Cemetery.

Condolences to the family may be made at www.marvineowensfuneralhome.com