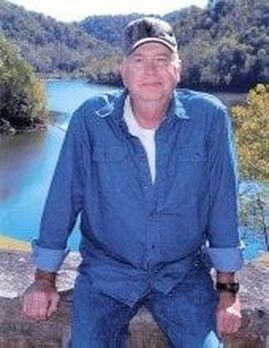 
Donald James Ward was born August 17, 1951 in Clay County and departed this life December 7, 2021 at his residence in Tyner, at the age of 70. He was the son of the late Lendon James & Charlene (Estridge) Ward.

Graveside service will be 1:00 PM Friday, December 10, 2021 at the Bingham Cemetery with Bro. Tim Johnson officiating.

Lakes Funeral Home was in charge of arrangements.

In lieu of flowers, please make donations to the Jackson County Cancer Fund in Donald’s memory.

James Anthony Willis, age 60, devoted husband of Madalyn Collins Willis, passed away Wednesday, September 22, 2021, at Baptist Health in Richmond, Kentucky. James was born on September 8th in Madison County to the late Charles A. Willis and Mattie Simpson Ballard, and was preceded in death by a brother Rodney Walker.
James was a graduate of Madison High School and was a veteran of the U.S. Army National Guard and held the rank of Sergeant.
He was employed for 31 years at The Okonite Company.
James is survived by his wife of 31years, Madalyn Willis and his son Lamar Anthony Martin. Five brothers, Charles D. (Terry) Willis, Steve (Tara) Walker, Anthony Parks, Thomas (Tonya) Parks, and Donnie Diggs. Five sisters, Nina (Donald Lee) Watts, Regina Simpson, Betsy Parks, Airyona Walker, and Rachel Phelps. Three grandchildren, Aliyah, Zoey, and Jayda Martin. He is also survived by his stepfather Larry Ballard, a special nephew Keshawn Simpson, and numerous nieces and nephews.
James loved his granddaughters and being their I-Daddy. He enjoyed fishing, cooking, and creating memories with family and friends. He was a positive role model and made a big difference in many young men’s lives. He was a man of many talents and was always the first one to offer help in time of need. He had a kind soul and greeted everyone with his beautiful smile. He was genuine in making everyone feel special; we will always carry James in our hearts.

Services will be Tuesday, September 28, 2021, at 1:00 PM at Lakes Funeral Home with Reverend Raymond Walker officiating.

Burial with full military honors will follow in the Madison County Memorial Gardens.

Online condolences can be made at www.Lakesfuneralhome.com.

Honorary Pallbearers will be The Okonite Work Family.

A heartfelt special thank you to Baptist Health Richmond ICU, the doctors, nurses, and healthcare professionals for their care, love, and support of James. They will always be our heroes.
Also, Madalyn would like to thank everyone for their prayers, love, support, encouragement, cards, gift baskets, and food given throughout this time. 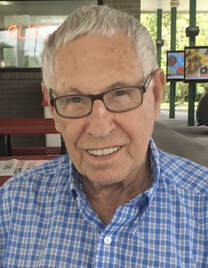 Earl Paxton McQuerry, 89, of Lancaster, passed away, Sunday, September 05, 2021 at the home of his daughter. Born on Thursday, August 18, 1932 in Garrard County, he was a son of the late Jim & Beulah McQuerry.
Earl lived a quiet simple life of faith and integrity. His faith in Jesus Christ was the guiding force in his life. Earl’s love for his family and the way he treated others was a reflection of his Christian faith.

Earl  was a lifelong member of Good Hope Baptist Church, where he was Chairman of Deacons for twenty years, he retired from Okonite Cables, and farming.

After retiring, he served as volunteer and substitute for twenty years in the Paint Lick Elementary cafeteria, retiring again in 2017.

Family ask that all attending graveside service to please wear a mask and social distance due to COVID-19.

Friends & family may share memories or leave condolences on his tribute wall at: www.ramsey-young.com. Ramsey-Young Funeral Home is in charge of arrangements. 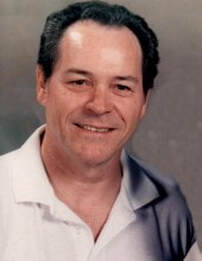 Carl Dee Edwards, age 77, of Richmond, passed away Saturday, July 3, 2021 at Baptist Health – Lexington.
Mr. Edwards, the son of Lee Edwards and Martha Brock Edwards Johnson, was born on December 19, 1943. He was an active member of Real Life Community Church.
He enjoyed fishing and caring for his dogs Benny & Daisy. One of his greatest joys was being a papaw to his grandchildren.
On July 13, 1991, Mr. Edwards united in marriage
to Shirley Hayden Edwards who survives.

Mr. Edwards was preceded in death by his father: Lee Edwards and his mother and step-father: Martha & Jack Johnson; his brother: Johnny Edwards and three half-brothers: Jim Edwards, Lawrence Edwards and Buddy Edwards.

Visitation will begin at 10:00 AM Friday at the church.
Combs, Parsons & Collins Funeral Home is in charge of arrangements. 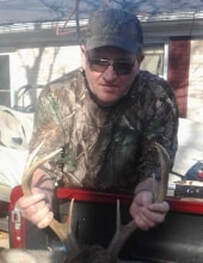 Marion Hall, age 77, of Blue Run Road in Irvine, passed away Saturday, June 5, 2021, at the Baptist Health in Lexington following a long illness. He was born January 29, 1944 in Powell County and was the son of the late Dell and Abbie Ann McCoy Hall.
He served in the United States Army and was retired from Okonite.
He had lived in Estill County most of his life.

He was preceded in death by 1 sister, Mary Durham and 2 brothers, Tom and Donald Hall.

Visitation for the public will be held Wednesday, June 9, from 6 to 9 PM at the Warren F. Toler Funeral Home.

Private funeral services will be conducted by Bro. Joe Hall with burial at the Cobb Hill Cemetery. 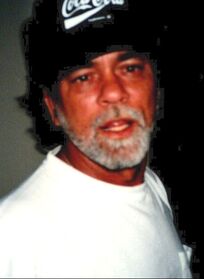 Joseph A. ”Joe” Glacken, age 70, of Berea, passed away Thursday, May 27, 2021 in Lexington.
Joe was born August 3, 1950 in Cincinnati, Ohio to the late Robert Glacken & Norma Morgan Frodge.
He was a retired employee of Okonite Cable in Richmond where he had worked for 33 years. Joe enjoyed watching Nascar, football and basketball and was a member of the VFW.

In  addition to his parents, he was preceded in death by his wife, Brenda Diane Gibson Glacken and a son,  Joseph Anthony “Joey” Glacken.

Funeral services will be held 11:00 AM Wednesday, June 2, 2021 at Ramsey-Young Funeral Home by Rev. Todd Stone.

Burial with military rites will take place at Lancaster Cemetery.

In lieu of flowers, contributions may go to St. Jude Hospital or the Shriner’s Children’s Hospital.
Friends and family may leave special memories or condolences on his tribute page at www.ramsey-young.com 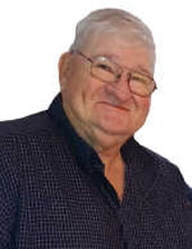 Larry was born on September 22, 1946 in Madison County, the son of the late Rutledge “Doc” and Flora Clark Green. He was a 1964 graduate of Madison Central High School. Larry was a farmer, was retired from the Okonite Company and was a member of The Bethlehem Baptist Church.

In addition to his parents, he was preceded in death by a sister: Lucia Green Wiles; a sister-in-law: Brenda Green and a brother-in-law: Billy Long.

A public walk-through visitation will be from 11:00 AM to 1:00 PM on Wednesday, March 17, 2021 at the Combs, Parsons & Collins Funeral Home.
Face Coverings and Social Distancing will be observed.

A Private Family service will follow officiated by Bro. Chris Cobb. Interment will be at Madison Memorial Gardens. 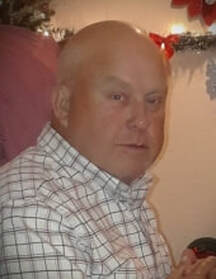 Orville Wayne VanHook died peacefully at Ephraim McDowell Hospital on Monday, March 8, 2021 at the age of 69.

Orville was preceded in death by his parents, James and Jewell VanHook and one sister, Lois Clark.

Orville was born on February 27, 1952 at the Ephraim McDowell Hospital in Danville. He retired from Okonite Cable after 32 years of service. He faithfully attended the Crab Orchard Church of God. Orville enjoyed attending truck pulls, working puzzle books and watching Walker Texas Ranger.

Funeral Services will be held at 1:00 PM on Thursday, March 11th at the Crab Orchard Church of God with his children officiating the service.

Visitation will be on Wednesday, March 10th at the Crab Orchard Church of God from 5 until 9 pm and also from 11am until 1pm on Thursday.